Hamlett Films can help get your stories out into the world with Voices of Big Local.

Voices of Big Local is a project created by Local Trust in partnership with Hamlett Films.

Following a successful pilot, Hamlett Films offers storytelling training and mentoring for people taking part in a Big Local learning cluster or working with one of our support partners.

Local Trust is keen to hear how your learning experiences are inspiring you creatively. The idea is to share the knowledge you’re gaining through Big Local in stories that can be told in film, photographs, writing, podcasts, spoken word or anything else!

Unlike other support partners, Hamlett Films does not work with Big Local partnerships as a whole. Instead they will mentor an individual to help that person tell a story he or she cares about and which has motivated them to get more involved with Big Local.

For the Big Local partnership:

The Big Local partnership should expect very limited involvement in the project and has no say over the finished work.

We have loved working with individuals and learning about their areas and their stories. We’re looking forward to supporting more storytelling projects, and giving people the tools they need to share their creativity

In 2018 Hamlett Films piloted this offer with 4 people from Big Local areas who were taking part in learning clusters. They were:

You can read about their experiences in this blog

Who will you be working with? 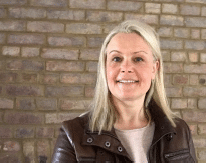 Elin Moe is an award winning Norwegian producer/director and photojournalist based in the UK. She has 20 years experience of making documentaries and factual television, and has worked for major UK broadcasters like the BBC, Channel Four and ITV as well as international broadcasters.

She has also made many films for UK Charities and NGOs. Between 2005-2010 she was hired frequently as a freelancer to make films for The Media Trust.

She is very experienced at dealing with difficult and sensitive subject matters, and often works with people with mental health issues and people from  vulnerable communities. Her work tends to take her to all corners of the UK. Elin writes regularly for a variety of newspapers and journals and produces podcasts and across a variety of subject matter.

How does it work?

Telling the story of what matters in your community is an effective way to win support and grow awareness around an important topic or issue. With Voices of Big Local one individual from your community will be paired with a storytelling mentor to learn the skills to tell their story through their chosen medium (e.g. video, photography, written word etc). This support will allow residents to creatively express themselves, as well as represent their wider communities.

The support is provided by Hamlett Films, and is available to a single individual in a Big Local area (typically a partnership member or worker) who is also taking part in one of the following  Big Local Learning & Networking activities:

Over the course of 6 sessions Hamlett Films will provide tailored support to each individual taking part. This will include theoretical guidance, technical assistance and storytelling pointers, as they begin to craft their responses to what they have learned. The final films/creative outputs will give an insight into the issues faced by different Big Local areas. The content will hopefully generate debate, as well as furthering the sharing of ideas by local communities.

In total there will be the opportunity for up to 18 individuals to take part. There will be 4 intakes, of up to 6 people each, and the programme will run for roughly one year. There is the option to move this faster if the individuals have the capacity and would like to move at a quicker place. The 4 intakes will start their training around July 2019, September 2019, April 2020, and August 2020.

The output created will be shared publicly by Local Trust and you and your partnership may also wish to use it within your Big Local area.

How much does it cost?

This is free for participants. Local Trust will pay for:

Distribution costs (e.g. printing booklets, hiring a cinema for a screening) are not covered, and the Big Local partnership may choose to cover these to support the project but there is no obligation to do so.

How do I find out more and get this partnership started?

If you are taking part in one of the following Big Local Learning & Networking activities then you can suggest a story you want to tell as part of ‘Voices of Big Local’:

If you want to discuss the offer, or find out how it could work for your Big Local area, then please get in touch.

You can also get in touch with Jess at Local Trust at jessica.wenban-smith@localtrust.org.uk

If you’ve had a chat with us or Hamlett Films already, or you’re confident you want to explore the offer, please fill out the expression of interest form below. You should be aware that not every story can be told and Hamlett Films and Local Trust will together decide which stories will be told to minimize repetition and ensure different Voices of Big Local are heard.

Submit an expression of interest

If you’re interested in finding out more, then please fill out the short survey below so Hamlett Films can find out more about you!

We know not everybody wants to fill out a form, so instead you may prefer to express your interest in working with Hamlett Films by:

Back to all Partners