Sharing in Prosperity: shaping the UKSPF to support neighbourhoods

Matt Leach, Local Trust’s CEO, shares insights from the Community Wealth Fund Alliance’s latest publication, which explains how a new UK Shared Prosperity Fund can best serve the neighbourhoods and communities most in need of support.

With the UK’s imminent loss of access to EU funding, including Structural and Investment Funds (ESIF) which currently support growth and inclusive labour market initiatives, the government has promised to replace these funding streams at the national level: in place of the ESIF will be a new UK Shared Prosperity Fund (UKSPF).

So far, formal announcements about the Fund have been light on detail, but we know that a central aim will be to “reduce inequalities between communities” – a welcome and important commitment given the stark and long-standing geographical disparities in wealth both across the UK and within regions.

Ahead of a likely Government consultation on the UKSPF, the Community Wealth Fund Alliance – a growing consortium bringing together civil society, major funders and businesses – has this week published ‘Sharing in Prosperity’, adding its voice to the discussion on the UKSPF.  The paper draws together insights from an emerging evidence base about what works – and what doesn’t – in promoting meaningful and long-lasting economic development at a local level, and offers a set of principles that we hope will inform how UKSPF funding is best structured, focussed and controlled.

The insights in the report compliment the work of the Alliance in advocating for a Community Wealth Fund – where the next tranche of dormant assets would be used to invest in in the infrastructure most important to the social and economic wellbeing of communities sometimes labelled as ‘left behind’.

Despite several decades of initiatives, from the Urban Programme and City Challenge, through Regional Development Agencies, Single Regeneration Budgets and Neighbourhood Renewal, City Regions and the Northern Powerhouse, the hard truth is that long-standing geographical inequalities have failed to be successfully addressed by successive governments.  This remains the case despite a trend, in recent years, towards strategies that are focused at the regional rather than national level.

In fact, there is some evidence to suggest that economic development programmes that focus principally on building economic activity in and around major cities may risk exacerbating further geographical inequalities in wealth within cities and regions.  A range of factors, including poor employment prospects, a lack of transport links, and scarce social infrastructure, can conspire to trap many peripheral communities – situated on the outskirts of cities, of towns, and in rural and coastal areas – in long term economic and social stagnation, with multiple barriers to residents accessing the benefits of nearby economic growth.

This isn’t to argue against investment in strengthening the economic performance of our cities; rather that if we are to tackle the problem of “left behind” areas – vividly highlighted in recent research carried out for Local Trust by OCSI – it will be important that an element of UKSPF is focused on addressing issues of economic and social infrastructure in those poorest and most excluded communities. The Community Wealth Fund Alliance believes that to do this effectively, government will need to look further than LEPs and local authorities as delivery partners, and harness the energy and potential of local communities themselves.

Neighbourhoods like Lawrence Weston provide an example of how this can work in practice. An estate on the outskirts of Bristol, which has seen much higher rates of poverty and deprivation than the South West average, has built its own housing and solar farm, the benefits and revenue from which are controlled by the community.

This was achieved through long term funding of a small community-led organisation (in this instance, through Local Trust’s Big Local programme) which provided community representatives with the time and resources to plan and spend on their priorities.

Recent research by Professor Pete Tyler at Cambridge University has shown that previous regeneration programmes have achieved the most sustainable impact in the long term where – like Big Local – they enable communities to exercise influence and control over how the money is spent – not merely co-opting them in an advisory or consultative role.  By locating decision-making power at the neighbourhood level, the specific needs of local areas are better identified and addressed, while the capacity and confidence of residents and local organisations to have a positive impact on the area will grow. 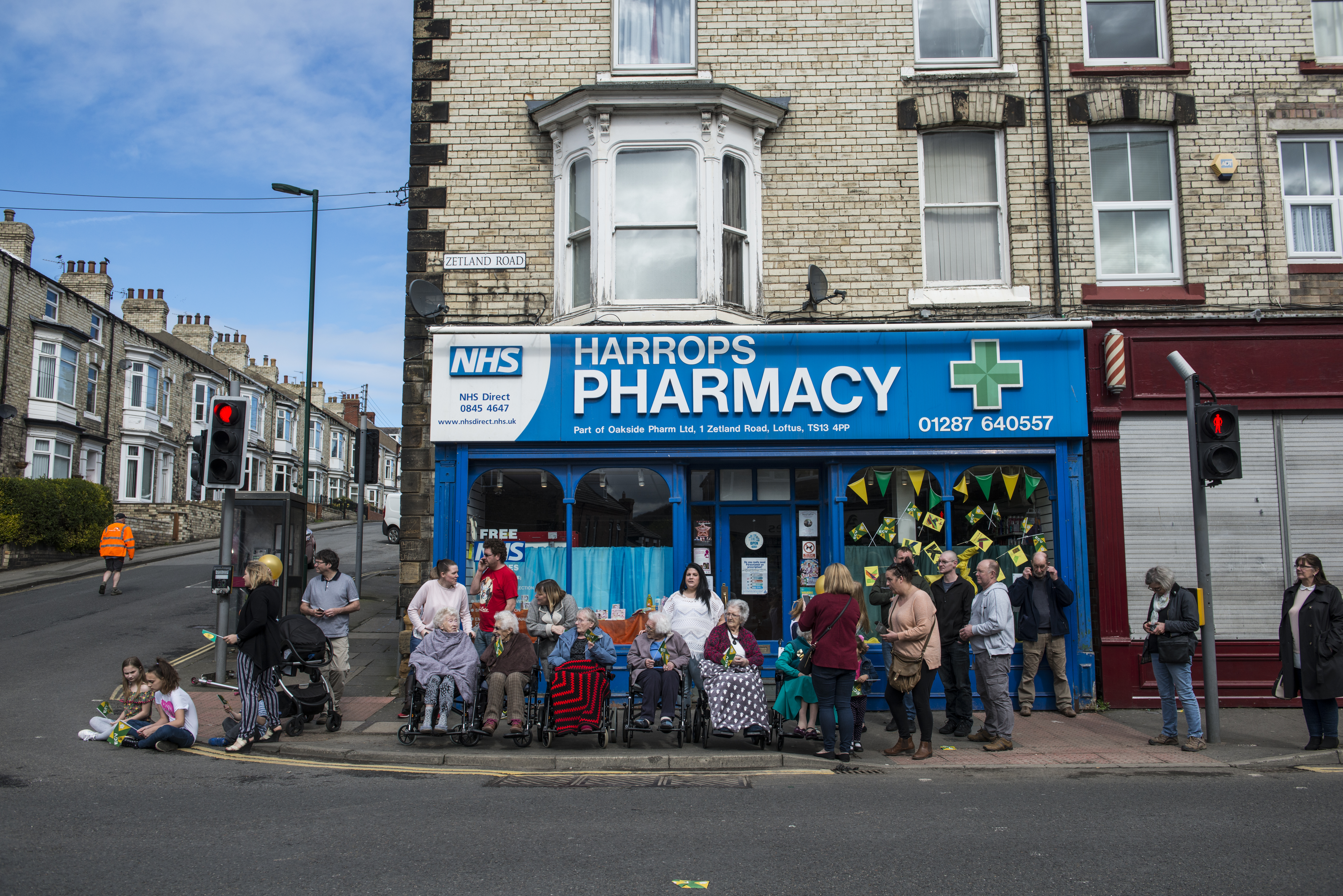 But it isn’t enough for projects to be community-led in order for them to really work, funding aimed at building bottom-up, community-led solutions needs to be long-term, giving communities the time and space to build their capacity, thoroughly assess the challenges and opportunities they face, and not feel the need to rush money out of the door.

It will, however, require careful targeting, and a nuanced and evidence driven approach to identifying areas of need, where investment can have most impact. This is something highlighted by the Joseph Rowntree Foundation and IPPR, and is something Local Trust has looked to contribute to through its work with social data analysts OCSI.

A community-focused element to the UKSPF would ideally be channelled into activities we know are important and effective in promoting local economic development.  This includes creating and maintaining social infrastructure – such as community spaces that allow people to meet, engage and organise themselves to build and exercise power in their local areas, an issue highlighted by Dan Gregory in his essay Skittled Out – and community asset ownership, which helps keep wealth and revenue in the local area rather than letting it ‘leak out’ further afield.

While neighbourhood-level control is vital, new funding must also be seen as an opportunity to develop lasting partnerships – not just between the community, public and private sectors, but also vertically, between the neighbourhood, local, and regional levels.

Take the case of Dover, where a collaboration between the community led Big Local partnership, Dover County Council, a Kent-based tourism firm and a range of local hospitality sector businesses has come to fruition in Destination Dover.  This partnership has encouraged tourism to the small and often overlooked seaside town, and supports local business by putting them front and centre of visitor information materials and guides.

In Dover and many seemingly ‘left behind’ places like it, there is real potential for communities themselves to set their agendas, take responsibility and deliver sustainable and inclusive economic development – if they are trusted and empowered to do so by government spending programmes.