Influences on the development of Big Local areas 2013-14 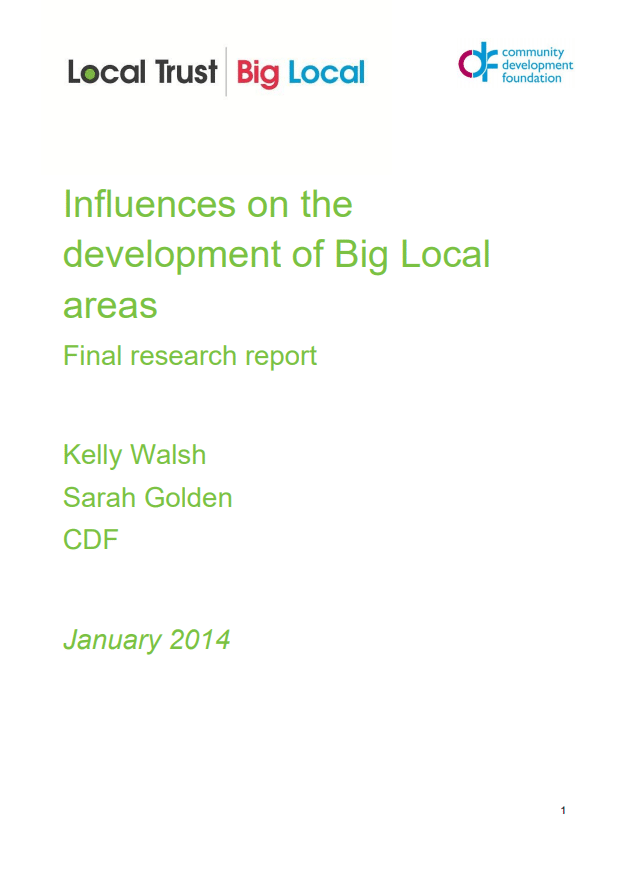 Local Trust is keen to learn about what makes Big Local work. To help with this, CDF were asked by Local Trust to explore how Big Local is developing in areas and what influences progress. We visited 14 Big Local areas between June and October 2013. In each area we held a focus group with residents who are actively involved, and interviewed representatives of the locally trusted organisation, other organisations that supported Big Local in the area and Star People. We also sent an online survey to one actively involved resident in 145 Big Local areas and 101 residents replied. This summary outlines what people told us during this research.

What do people think of Big Local?

People understand Big Local – they see it as a resident-led, long term opportunity to bring hope and change to their communities. Big Local is seen as different to other programmes because it involves resident-led decision making and 87% of residents said they have the final say on what will happen for Big Local in their area. It is also seen as different because it is a long-term programme with the money agreed up front, together with flexibility to decide what to do.

What has influenced the development of Big Local areas?

The development of Big Local areas is influenced by the structure of the programme and characteristics relating to the people and places within an area as shown in the diagram.

Programme characteristics that influence the development of Big Local

Formal support – The rep and the locally trusted organisation are the most influential types of support in the design of the programme at an area level. These two roles work closely together to flexibly meet the needs of the actively involved residents and help them develop into their roles.

The ‘fit’ between the rep and the residents in the area matters and this is about how they build relationships with residents. Showing belief in people, listening and making sure everyone gets a chance to have their ideas heard and respected are all appreciated by residents.

Design – The programme design means that areas have to work in a different way, taking a longer term view on how to make their community an even better place to live, with residents leading from the front.

People and place characteristics that influence the development of Big Local

Big Local is happening in 150 areas and each one is different. This means areas are starting from different points in terms of the existing resources and context. Areas are building on resources which include both physical assets and people. The history of community activity and relations, such as how residents feel about the local authority and other local organisations, affects how people feel about Big Local. For example, previous bad experiences have led to a lack of trust in some areas about how the money will be spent. In areas where there are better existing relationships, they have fewer obstacles to overcome. Areas are generally facing similar issues such as a lack of things for young people to do, debt, poor quality housing and unemployment. 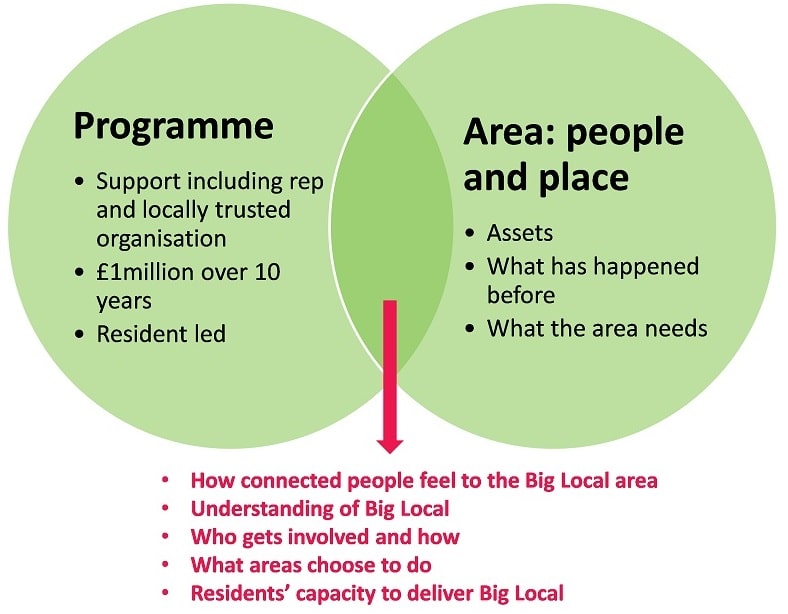 The characteristics of the programme and of people and place described above are the foundations on which Big Local is being built. Together, these result in the following influences:

How are Big Local areas progressing and what helps or hinders this?

Residents tend to feel that they are progressing more slowly than they had expected (40%) with only 15% making quicker than expected progress. Around half (53%) of residents are happy with their progress but 28% are not. Actively involved residents we interviewed generally understand why progress is slower than they had expected, but they recognise that people in the wider community can be frustrated by the perceived lack of progress.

The rate of progress is affected by:

Residents have received a range of support, mainly from the rep and locally trusted organisation but also from their council and in some cases a worker. Residents also value the opportunities to meet people from other Big Local areas which they have done either through the spring events or networking and learning events. They find these ‘inspiring’ and they help them ‘think differently’.

In future, most residents surveyed would like more support with getting people involved (60% would really like this) and making the most of the money (50%).

How will Big Local develop in future?

Residents and those they are working with in the areas we visited expect to develop a tighter knit community, with more local ownership and to see improvement in the issues they have identified.

They also tend to expect that making decisions will become more difficult as they make ‘bigger’ decisions when moving from planning to delivery. There are different views on how they will approach spending the money. Some areas expect to spend all the money before the end of ten years while others plan to have funds remaining at the end of the ten years through investment and match funding. 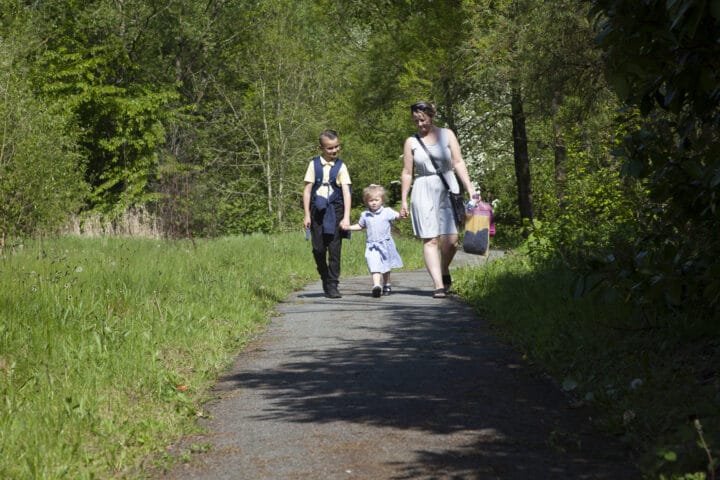 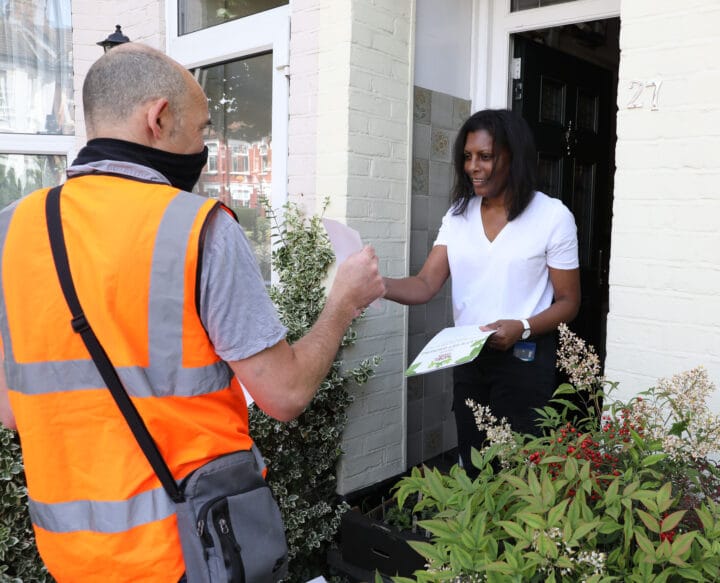