How I produced a series of video walking tours

Origins of an idea

Helped set up and produce walking tour videos of the local area.

Engaging residents at a time when we can’t meet face-to-face and giving them a renewed appreciation of their area.

Origins of an idea

I’ve been a member of Big Worle since November 2019. In January 2020 I put a proposal together for a project called Big Worle TV with local resident Peter who is a photographer. The idea was that we would interview Big Local workers and residents and share the videos on the Big Worle website. When COVID-19 struck a few months later, we had to change tack… 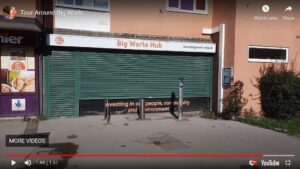 Around the same time, I was asked by the Big Local chair, Colin, to make a short film of the local area for prospective workers. I filmed myself walking around Worle and talking about a few places of interest and previous community projects. Colin liked the video and I enjoyed making it so we decided to turn it into a series of walking tours – it all came about a bit by chance!

Before I started filming the first video, I put together a route with Peter and did some research on interesting places to visit. I also wrote a script of bullet points covering the basics of what I wanted to say, although as a trained actor, I’m fairly comfortable speaking on camera. 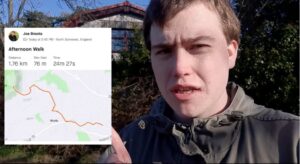 I’ve followed this process for each video I’ve made – I also begin with research and planning the route, making sure that all of the places I go to are within walking distance of the Big Local area. The videos have all been slightly different which has been fun and keeps it interesting and fresh.

I use my phone to film the videos and use the hyper-lapse setting for the sped-up segments. Once I’ve finished the recording, I do a rough edit of the video on my laptop. I use a software called Filmora 9 which costs £70 for the year but allows you to do some great things, like adding the text. 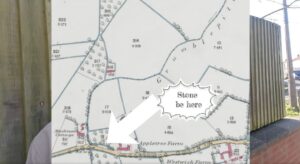 After this I send the video to Peter who does a technical edit – he’s a professional photographer so can achieve a more polished finish! The music we use is free and most of the editing can be achieved to a similar standard on the free video editing software that comes with laptops so anyone can give it a go!

Once we have the finished video, I send it back to Colin, the Big Local chair, who shares it on the Big Worle website and social media channels. We’ve also shared it with community networks in the area which has garnered a really good response so far. My dad shared the video on a Weston-Super-Mare Facebook group where it’s had 6,000 views! 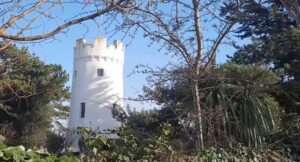 It’s also had some really great comments with people sharing their memories of particular places, suggesting where the walking tours could go and tagging their friends to meet up in some of the locations we visit. It’s been a brilliant way to engage local residents and give them a renewed interest in and appreciation for the area. 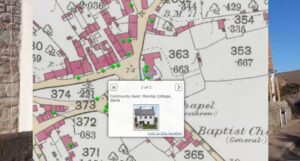 I always try and respond to the comments and will try and incorporate some of the suggestions into future videos – having input from residents definitely helps to make the project feel like it’s been shaped by the community.

It’s been great fun making the videos so far and really interesting to see how they’ve evolved. I’d like to carry on with it beyond lockdown or see what other video projects we might be able to work on. 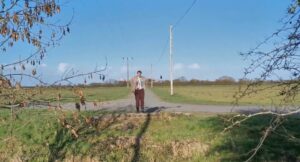 During the pandemic, videos have been a way to bring people together when meeting in person isn’t possible and despite not being able to do any theatre work, I’m pleased that I’ve had this outlet to improve my film skills, keep busy and enjoy the area.

You can watch all the videos here.

Joe Brooks
Back to all Adaptables