Putting the idea out there

Making the most of the support on offer

Reflections and looking to the future

To get local residents together, maybe make some new friends and to do some physical exercise after months of lockdown restrictions.

Putting the idea out there

During lockdown, we were all limited with the amount of exercise we could do and had to spend months cooped up indoors. In July when restrictions were beginning to be eased, I put a message on a local Facebook group to see if anyone was up for a kick-about in the local park. I was pleased to see that quite a few people expressed interest – including an FA Level 1 qualified coach who had recently moved to Norwich. 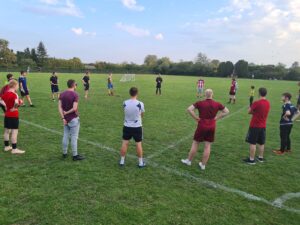 Shortly after the post went up online, one of the chairs at Catton Grove Big Local commented, suggesting that I apply for funding from them. I filled out an online form and heard back from them the next day that they thought the project sounded great.

The initial funding covered the purchase of footballs, junior-sized training goals, bibs, cones and a first-aid kit. This was really exciting as I had originally envisaged the sessions as being quite informal. 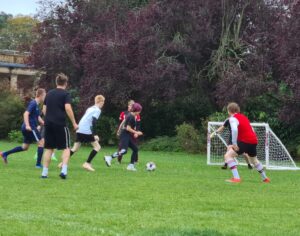 Matt, the coach, my brother Ewan – who had the original idea with me – our friend Leon who is a PE teacher and I met up to design a plan for the sessions. We kept it fairly simple with stretches to begin, a few simple drills and a pitch match in the second half.

To begin with, the group was mostly guys aged between about 17 and 19 but we’ve recently seen a few women join in and have a few younger players of between 11 and 16, all of a fairly mixed ability. We’re keen to get even more people joining and want the sessions to be open to all. 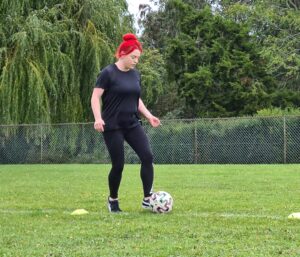 We play in Waterloo Park in Catton Grove and initially just played on a patch of open space. Since beginning the project, Catton Grove Big Local and the council have worked together to mark out a nine-versus-nine pitch which has made a big difference.

Making the most of the support on offer

It’s been fantastic to have received so much support from Catton Grove and they’ve really helped us grow the project into something much bigger than I originally thought possible. They cover our insurance which is FA approved and a necessity if we want to expand. They’ve also recently installed full-sized goal posts in the park which anyone can use. 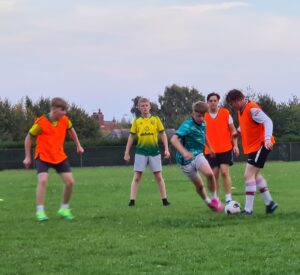 We currently hold the sessions on a Sunday morning as evenings aren’t possible at the moment due to the limited hours of daylight. To counter this, we’re in ongoing talks about securing portable flood-lights next year if the club continues to grow. 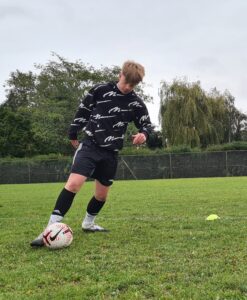 COVID-19 has meant that we’ve had to take extra precautions to ensure our sessions are in keeping with official guidelines. We ensure that we have minimal physical contact with each other and have everyone’s contact details saved.

Reflections and looking to the future

It’s been great to see the project evolve from humble beginnings to a committed and growing squad. Next season we’re hoping to play in some local competitions and there has already been talk of marking out a bigger pitch in the park. 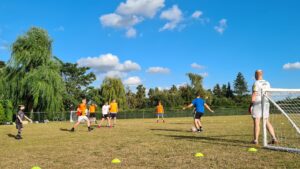 We’ve been limited on organising social events for the players because of the coronavirus but we’re hoping to grow this side of the club once restrictions are eased even more. For now at least, it gives local residents the chance to come together and play football which we know is brilliant for physical and mental wellbeing. 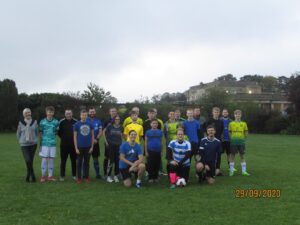