Looking to the future

To bring the community together at Christmas and do something creative.

People can participate from home during lockdown and have their bauble displayed in the town centre.

The idea for the Christmas bauble project actually originated with two local residents, Helen and Mel, who had posted on Facebook about doing something to give some of the trees in Keighley a bit of extra sparkle. The idea was that people would be given a template of a bauble and have a chance to decorate it with their own design. The baubles would then be cut out and used to decorate the trees. 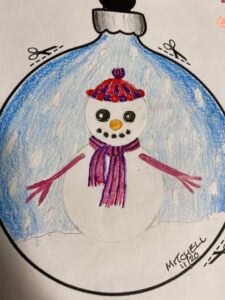 Helen and Mel’s Facebook post was gaining traction so I thought it would be a good idea to get Keighley Big Local involved, especially as we were about to come out of lockdown and local residents were beginning to plan ahead for Christmas.

Funding for the project was split between the council and Keighley Big Local. The £250 of Big Local funding we received went towards the templates, a laminating machine and crayons for some of the families in the community. We partnered with a local organisation called Keighley Healthy Living for the project and they were able to distribute the crayons to the families that they knew needed them most. 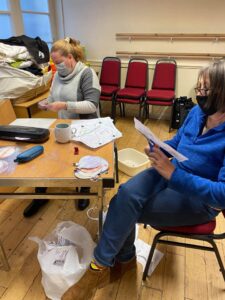 From the start, the Keighley Big Local partnership worked on the project as a team, making good use of Zoom and Facebook to get organised.

We wanted to get as many members of the local community involved as possible, so between us, the partnership took responsibility for different areas of town. I was responsible for getting the templates out to primary schools in Keighley as I already have a good relationship with some of them. All in all, we sent out 10,000 templates to the primary schools! 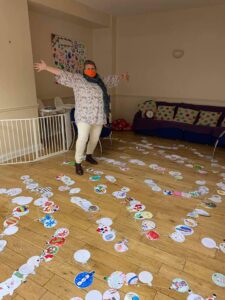 As well as sending the templates to schools and care homes, we also sent them directly to local residents. People could email or contact us through social media with their address or download them from our website. We really wanted this to be a project that anyone and everyone could get involved in so we spread the message as far and wide as possible.

In order to make the project a success, we got lots of local businesses and organisations on board. The local fish-and-chip shop agreed to have a collection box for the templates and we also installed a big box in the centre of town. 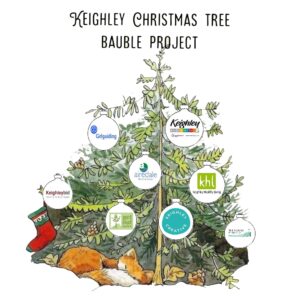 One of the businesses we worked with, the Airedale shopping centre, kindly agreed to hang the baubles on the large tree outside the centre. We had a small, socially distanced event to decorate the tree, after which the centre manager will continue to put the baubles up when we receive new ones.

Looking to the future

We’ve had to change some of our plans due to COVID restrictions which has been a shame. Originally, we were going to hold a creativity session in town and wanted to host a bigger event to decorate the tree but these had to be adapted. 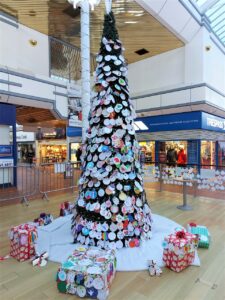 Despite the limitations, it’s been brilliant that we’ve still been able to carry out the project during lockdown as residents can decorate their baubles from home and send them in without having to come into contact with anyone. 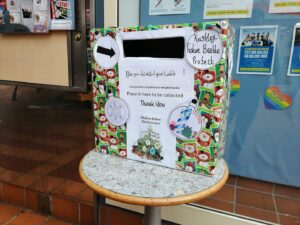 We’re already putting plans in the pipeline to develop the project and Keighley Big Local’s ‘outdoor crew’ are designing a project to make Christmas decorations with natural resources. I’m looking forward to seeing where the project goes and how we can make it even bigger and better next year!