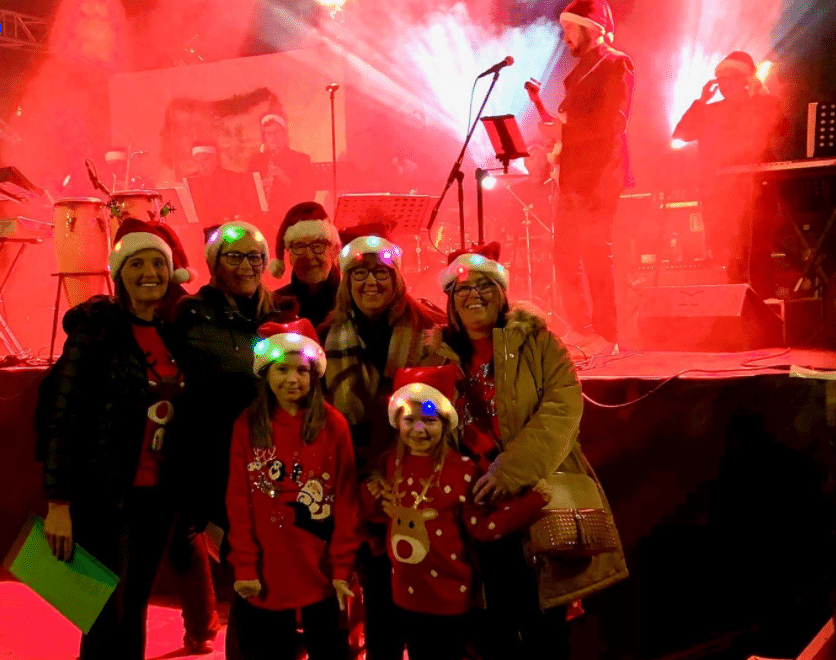 Our journalist-at-large Ryan Herman speaks to Karen Harley and Claire Andrews from Roseworth Big Local and Emma Crowter from Sompting Big Local to find out how and why their communities are joining forces to celebrate Christmas this year.

In the run-up to Christmas, Big Local areas across the country would normally be holding festive community events. They would also host Christmas Day lunches that bring together people who would otherwise be on their own. 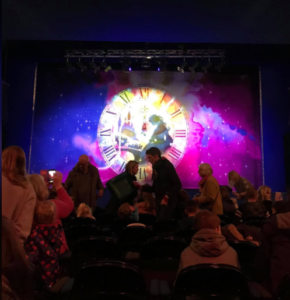 For example, last year in Sompting, West Sussex they hired a double-decker bus and took close to 100 people to the panto.

In Roseworth, Stockton-On-Tees, they held a party on their local estate, organised wreath-making workshops and got the ‘Big Vocal’ Community Choir to sing carols on top of a human Christmas Tree.

But 2020 is not going to be a normal Christmas.

“A lady was telling me she might not be able to go to a house on Christmas Day. She didn’t know whether there would still be this ‘rule of six’,” says Roseworth Big Local chair Karen Harley. “Others were saying much the same. I thought there must be more people in a similar situation. So an idea started to snowball from there.”

And although it’s 325 miles from Roseworth to Sompting, the Big Locals that represent those communities recognised a need to do something different for Christmas and will come together online for December 25.

If two Big Local areas are doing the same thing then why not come together?”

The idea developed out of the virtual coffee mornings that both areas hosted since spring.

Roseworth’s Community Development Worker Claire Andrews recalls “there was a Local Trust training event back in March, and they were teaching us how to use Zoom. 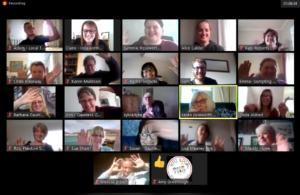 “So we had all these Zoom accounts to use for partnership meetings. But then we were told, ‘well, you don’t have to use them solely for that purpose’.

“Then we started to have all sorts of ideas, like an online disco, quizzes, bingo, and somebody else mentioned a coffee morning.

“At the same time, online engagement was going through the roof.”

Seven months later, and not only is the coffee morning group still going strong but it has also inspired other Big Local areas to do the same.

It seems to work really well and our local residents have said they want to stay in touch.”

Claire adds, “At the beginning, the dialogue from Local Trust was on how to support your Big Local area. But as lockdown continued we began to realise that our communities were all experiencing something very similar and we need to find ways to support each other. If two Big Local areas are doing the same thing then why not come together?” 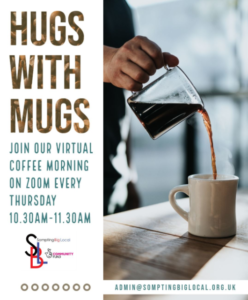 One of Roseworth’s coffee morning regulars is Emma Crowter. She is the administrator for Sompting Big Local, which holds several weekly virtual events including Hugs with Mugs.

Emma says, “Karen comes down to join us for Bingo and I go up to Roseworth to join them for their coffee mornings. It seems to work really well and our local residents have said they want to stay in touch. It’s definitely been one of the positive outcomes of doing things online.”

Both Big Local areas have more plans in the pipeline for Christmas with Roseworth hoping to do a Christmas music video.

But Claire acknowledges that something has changed over the past couple of months. Maybe it is fatigue, uncertainty, fear or anger, but there isn’t quite the togetherness that carried communities through spring and summer. 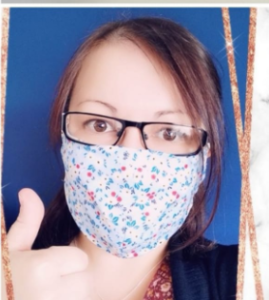 “One volunteer has hand made masks that can be collected free of charge from our hub. The issue, which is certainly not unique to Roseworth, is that we are in an area where the number of cases is quite high, but the number of people wearing masks is quite low.”

And think back to when hundreds of thousands stepped forward to volunteer. What is being done to harness all that goodwill and turn it into something that could have a lasting impact?

“We were interviewed by Catalyst, which is a voluntary agency in Stockton. They asked what do you think has changed and what the sector could do better?” says Claire.

“We said a bit of CSR (Corporate Social Responsibility) would help, and for local businesses to say to their staff ‘we’ll pay you to do one hour of volunteering a week’. Make it part of the job description. It would enable all that good social and community action to start again.

Christmas can be challenging but this year it might provide an opportunity to rediscover some community spirit.”

“But it has got to come from the top down. People are at work and, quite rightly, they are focused on trying to pay the bills. But imagine what everybody could do in their community if they could give up an hour. It could be life-changing for people.”

Christmas can be challenging at the best of times. But this year it might provide a much-needed opportunity to rediscover some of that community spirit.

Of course, it won’t be the same as having a Winter Wonderland in a town square, but bringing people together and making them feel connected may be the most important gift that a Big Local can give this Christmas. 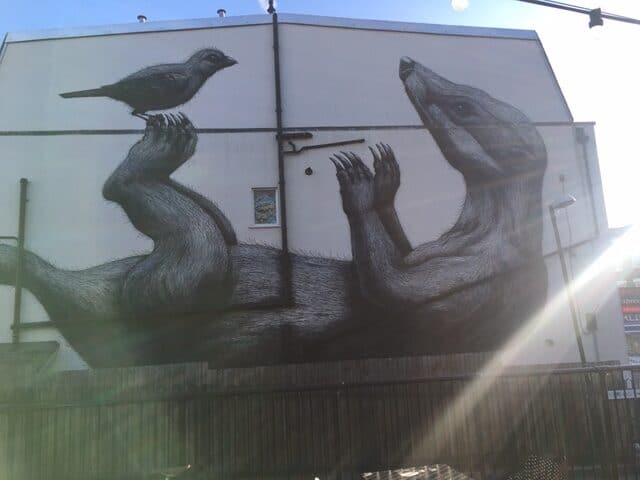