My name is Louise Tickle. I’m a freelance journalist, and I’m delighted to be able to say I’ve been appointed as the Local Trust’s first ever ‘journalist-at-large’. 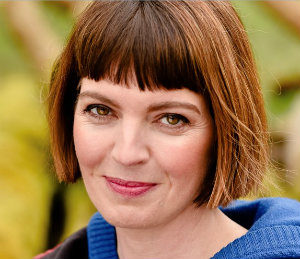 The role is a new one for Local Trust, and unusual in the UK voluntary sector: it has been described to me by Local Trust CEO Matt Leach – with a grin – as “an experiment”. This – I think!–is all to the good. Experiments are by their nature exciting and unpredictable and nobody knows in advance exactly what will happen.

Over the year, I will produce lots of different types of material for Local Trust – expect to see interviews, profiles, longer-form features, blog-posts and maybe even podcasts and short films.

Creatively speaking, this is thrilling. It should however be acknowledged that, for everyone involved, engaging a journalist-at-large is a novel approach to communicating the work of Big Local partnerships. In over a decade and a half as a freelance journalist reporting mainly on education, social affairs and environmental issues, I have not worked this closely with a charity before, and so I’d venture we are all feeling our way with a mix of anticipation, excitement and perhaps a slither of trepidation. There’s a significant degree of trust involved in inviting a journalist into your organisation, and I fully appreciate and respect that.

Time for research is a luxury that journalists crave, and often don’t get. In terms of finding and telling stories therefore, the 12 months I’ll be able to spend visiting Big Local areas offers a unique opportunity to engage in relaxed conversations, to observe quietly, to build relationships, and hopefully, to ask better, more salient questions than is usually possible when deadlines are pressing and a visit has to be done and dusted in a couple of hours.

I want to be able to dig down deeply into how people who volunteer their time on Big Local projects are feeling and thinking, to understand in a nuanced way the issues their communities are facing, to learn about how Big Local partnerships are addressing them, and to gain insight into how people are adapting and evolving their approach to find the best solutions.

Time to engage deeply with the media is also an opportunity that rarely arises for individuals and communities. As Local Trust’s journalist-at-large, I want to provide a resource for Big Local areas to draw on if they wish; to find out more about how journalism is commissioned and created, to ask how the media is changing, and hopefully, to build confidence in how to work with the media.

Telling Big Local partnerships’ most compelling stories offers the potential to reflect on what has been accomplished and is a chance for those involved to celebrate their success. What emerges from people’s experiences as Big Local volunteers will, perhaps, help to influence and inspire government thinking and policy, and can also be a powerful learning tool for others involved in community support who read about the dilemmas, struggles and growth that have happened along the way.

What’s different about a journalist-at-large?

While charities, including Local Trust, have certainly worked directly with journalists before, this has tended to be on a short-term or project-focused basis.

By contrast, the role I am undertaking will run over the course of a full year, and is perhaps a little more similar to some models adopted by organisations and charitable foundations in the United States. It could also be seen to draw on the concept of an “artist in residence”, a position that offers immense creative freedom and is well-established across the corporate, public and voluntary sectors.

Interestingly – and importantly – the relationship between me as a journalist and Local Trust as a charity is not that of a regular employer and employee.

I remain freelance, working on a non-exclusive contract and will be writing stories elsewhere, and on other topics too. Anything relating to Big Local that I choose to pitch and write for an external national news outlet will be independent of the charity, with Local Trust having no editorial say over what is published.

Local Trust is keen to share learning from Big Local areas, and is fully supportive of the independent aspect of my role when I write for outside sources, recognising that the Big Local areas whose stories I report will be placing their trust in my judgement and that is something I intend to honour

Since retraining into journalism in my late 20s, I’ve specialised in writing about education, social affairs and environmental issues. Most of my work is published in the Guardian, though I’ve written for virtually all the broadsheets and lots of magazines and journals.

Journalism, to me, is a vocation. Though the subject areas can be distressing and uncomfortable, and the media is often criticised, sometimes rightly, it is also the best fun, and gives highly privileged access to people and places. Even when I’ve found the job tough going, I’ve never wanted to stop. I sense that this motivation finds its source in how keenly I’m touched by the injustices to which people are so often subjected when the supportive underpinnings of society come unstuck, for a whole raft of complex reasons.

I’ve written extensively about domestic abuse; how poverty affects children’s ability to access the education they’re entitled to; safeguarding failures in the state school sector; and most recently, family courts and the extraordinary and worrying rise in the removal of children from their parents due to child protection concerns – a practice that is not seen to anything like the same degree in other European countries.

Throughout October and November, I will be shadowing Local Trust staff on visits to a number of Big Local projects as part of an immersion programme which will help me learn as much as possible, as fast as possible.

Already, at the Leaders’ Assembly held at Warwick University in September, I was able to have long and informative chats over cups of tea and chocolate biscuits with leaders from Big Local areas near Dartford, Sale and Liverpool.

To realise the full potential of this very special role, I will need to draw on the knowledge, expertise and ideas of everyone who is contributing to Big Local projects right across the country. I would love to hear suggestions for stories that are bursting to get out, and hope that people will get in touch if they would like to invite me to visit.