With their main bus route facing the axe, Jane Sills, chair of Ramsey Million, shares why her Big Local asked Campaign for Better Transport for support.

We commissioned Campaign for Better Transport to carry out some desk research on behalf of Ramsey Million. We needed facts, statistical evidence about the bus infrastructure in Ramsey and the surrounding areas.

About 8000 people live in Ramsey, our town in Cambridgeshire. Although we’re not a small village, to get to Huntington, our nearest town, where access to jobs and key services, such as the job centre, not to mention seeing friends and family, it’s a twelve-mile journey. If you don’t have a car, it’s not easy.

“We were really concerned when we learned our bus route to Huntington was facing the axe.”

Our community needs this bus service. 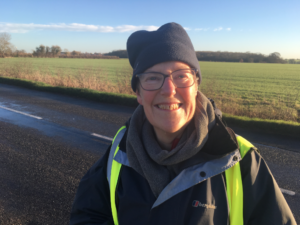 To start with, Andrew, from Campaign for Better Transport, came to one of our partnership meetings to chat through what we wanted the research to achieve. He really helped us to improve our campaign plan. We took on board his suggestions to be clear about how we wanted to use the findings from the research and shifted more of our focus on lobbying policy makers and influencers.

Big Local areas can access specialist support from Campaign for Better Transport and 3 more partnerships up until 2021.

Our relationship has been very straight forward. Campaign for Better Transport had the expertise and access to the data we needed. Perhaps we could have found some of the data ourselves, but it would have been a much more complicated, drawn-out process for us. Time was something we didn’t have.

“I can’t underestimate the value of their research.”

The evidence we have has been taken seriously. The elected Mayor of the Combined Authority attended a partnership meeting to listen to our concerns.He took notice because we had hard evidence.Two partnership members have been consulted as part of Cambridgeshire and Peterborough’s bus strategy consultation, which would not have happened without this solid data.

The council are currently subsidising the bus route so for now it is continuing to run as it was. As part of my work with the Women’s Institute, I am being encouraged to raise awareness of the campaign for sustainable transport across the country. A Guardian article which cited details of the research and explored public transport as a national issue reached the desk of Amber Rudd, Secretary of State for Work and Pensions.

For more on Ramsey Million’s campaign to save their main bus route, see this Guardian article by Louise Tickle, our journalist-at-large.