Putting ourselves in the shoes of public services

Learning from recent event on the topic. 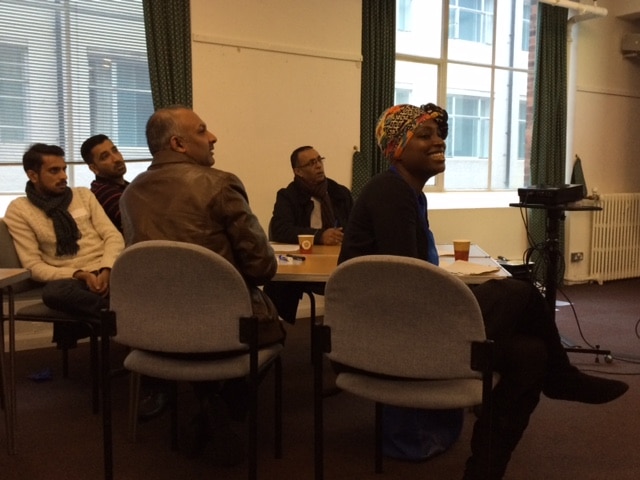 But they also described the care and hard work both sides needed to put in – and those who’d got there saw it as a valuable achievement.

Short vox pops with participants from the event:

Many Big Local areas however, are still working on their relationships with local public services – and while it’s not easy, our learning event uncovered some of the clues to success.

Public services are integral to the lives of all communities. From those who care for the elderly and young children, police the streets, or fix streetlights, to GPs, parks, and libraries.

Very often there are people living in Big Local areas who are jaded about promises that things can be improved in their community – from basic things like litter or parking, to things like dealing with houses in multiple occupation, helping people get jobs, or caring for the elderly.

And it’s not always as simple as people saying public services don’t deliver on promises to the community. Sometimes it’s about which communities seem to get what they want while others don’t – which streets get their pavements upgraded and which don’t, which parks get new play equipment and which don’t, where do unpopular planning applications get blocked and where do they get forced through, and so on.

There are many people in areas who just don’t believe that they are as high on the priorities of public services as others. All this can make it hard for you to start working closely with public services if you are constantly being told by other residents that you are wasting your time, or are setting everyone up to be disappointed.

Then there are Big Local partnerships who worry that if the council was more involved in Big Local they might try to take over – either out of well-meaning intentions or because they want to control the £1m because they have reduced budgets .

For public services it is hard too. Sometimes public services just don’t have staff with the time or expertise to build the relationships, to turn up to the meetings – especially given the number of council-funded community engagement posts which have been cut.

Teams of officers with community engagement skills which took decades to build have been reduced or disbanded altogether. Departments from adult social services to parks and libraries, which used to just go out and deliver their services to everyone who needed them, now face huge budget cuts at the same time as major social changes. Often this means they must start asking for help from their users and the public, but this is new to many staff who are just not used to working that way – co-ordinating volunteers on practical tasks, sharing decision-making, communicating what’s going on without relying on long reports and technical language. For public services maybe it feels like sharing a room or a flat with someone else for the first time – having always had the place on your own.

One of the key learning points of the day is that the first step is to put yourself in the other person’s shoes. To start working together Big Local groups must find time to imagine what public services managers want, and public service managers (and Elected Members) should try to see things from the perspective of Big Local residents.

How to run a ‘put yourself in their shoes’ game

After half an hour present your pitch in two minutes, including what you want in return, to a panel of Big Local residents.

In our version of the game the Big Local panel were quite tough! They questioned why the presenters thought Big Local should give money or other kinds of help at all. In most cases they responded saying that whilst they liked the public service project, they either thought the public agency should be offering more in return, that more funding should have been sought from other sources, or that they’d like to know more before committing any Big Local funding or help.

However, this activity enables everyone to see the situation from another perspective, and understand that everyone is just trying to get the best for their group.