Five years ago, Heart of Pitsea Big Local started a youth forum that gives teenagers the responsibility of managing a five-figure budget. Our journalist-at-large Ryan Herman, visited the forum to find out the secrets of its enduring success

“We know that if we can reach the younger kids then that’s how we’re going to make a long-term impact in Pitsea. We don’t do this for us. We do this for the community.” – Harrison Rutter, 16, Heart of Pitsea Youth Forum.

In the final series of the BAFTA-winning BBC comedy, People Just Do Nothing, MC Grindah (aka ‘The Best MC in the Galaxy’), his wife, Miche and their daughter, Angel, discover that their home in Brentford has been sold off by the council. Having left it too late to get their preferred location, they have no choice but to move to Pitsea, Essex.

Blissfully unaware of what this might mean for the future, as well as Grindah’s pirate radio station Kurupt FM, Miche asks ‘Which part of London is Essex?’

The storyline was firmly rooted in reality. In late 2018, a sudden influx of Londoners caused Pitsea’s population to grow without warning and prompted Basildon Council to issue a statement highlighting ‘a lack of communication between London authorities and Essex councils informing them of people being moved into the area, families being placed in inadequate housing and the impact on local services.’

The statement also warned of cases ‘where families have been moved far away from support networks such as friends, family and jobs, meaning their situation can actually worsen.’

Forced relocation can be tough on young families. Austerity in Essex has meant that the budget for youth services was slashed by 75 percent over a five-year period from 2012 to 2017. 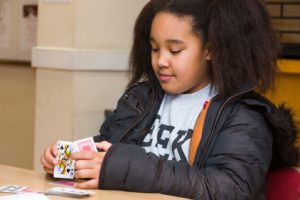 “When you look at the original surveys that we did around the time Big Local started (in 2012) around 60-70 percent said they wanted to see more things for young people,” says Simon Johnson who was formerly Heart of Pitsea’s Big Local co-ordinator.

It’s one thing to identify an issue, it’s another being able to address it. Big Local areas have sometimes struggled to engage with teenagers that goes beyond a one-off event.

But what Pitsea has is Paul Nagle aka Snoopy – a nickname which dates back to his days as a music journalist. Snoopy can draw on years of experience in starting and running youth projects.

When Big Local came along, both Snoopy and Simon put forward the idea of a youth club that would cater for five to 19-year-olds and would encompass a Youth Forum – a place where young people could talk about what matters to them within their community.

To give the forum a real sense of purpose, the pair decided it needed an annual budget where teens could manage its spend.  Over the past five years, the forum has received £8,000 per annum, which has just been increased to £10,000 for 2020. To date, that money has been spent on various projects, including fun days, two youth market challenges – where kids ran stalls in Pitsea Market to see who could make the most profit – and four summer seasons of sports/games activities for local youngsters.

Snoopy adds, “We also set up a scheme called the Pitsea Pound Pot which allows local businesses and voluntary organisations to pitch for grants.” The pot has supported a host of projects including a teen gym and a Children’s Christmas Party. Every project is monitored with regular reports to ensure they are delivering enough bang for their bucks. 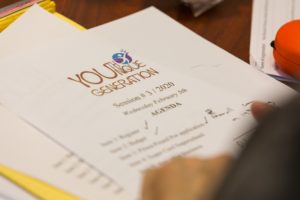 Last year, the forum (dubbed Youth YOUnique Generation since its inception) decided to address the issue of dogs fouling in communal spaces. Working with a nearby primary school, they set up Poo Patrol and asked pupils to design a poster that will be displayed in local parks. The forum picked the winning design out of more than 350 entries and went into the school to host an awards ceremony.

Empowerment is the key word here. The work that teenagers do through the youth forum will hopefully demonstrate they have the right leadership skills, can take responsibility, will work within a team to deliver a project and manage a five-figure budget. In other words, they can display all the qualities that most prospective employers are looking for. Previous forum members have taken part in a bespoke Leadership Training Programme which was designed to recognise that personal development is a key factor in leading a successful life.

Among the kids who currently sit on the forum is 16-year-old Harrison Rutter who speaks thoughtfully and with passion about wanting to make a difference in Pitsea.

“You feel like you’re accomplishing something,” he says. “So, for example, once those Poo Patrol signs go up, every time I see them I’ll think ‘I contributed to that, I’m helping out my community.’ Hopefully you make an impact on younger kids and you’re acting as a good role model.”

It has also changed his outlook and aspirations, which can sometimes feel limited for young adults growing up in Big Local areas, and in 2019 he was nominated by Simon for Basildon Volunteer of the Year.

Harrison adds, “It was a great experience. I met loads of new people and through that I’m doing football coaching and

Stefan Stanciu, 17, is another member of the forum and says, “My cousin told me about (Youth Forum). You get to meet new people. I’ve made new friends but I also feel as if I’ve learned some good communication skills,” all of which will stand him in good stead as he plans to become an electrician/plumber.

Ethan John Vinton is the youngest member of the forum at 15. He immediately asks me, “How old do you think I am?” It’s easy to see why people think he’s older. He uses the sort of language you might expect from somebody three times his age but is concerned about whether he can afford to go into higher education and can’t wait to turn 16 purely because it means he can legally get a part-time job. 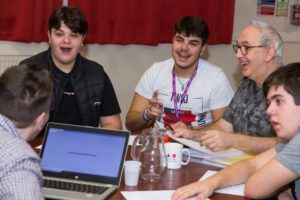 The contrast in characters makes for a good team dynamic. What the forum has sometimes lacked is a balance between boys and girls, which Snoopy hopes to address this year.

The big project for 2020 is Experiences and Extras – a groundbreaking £10,000 programme that will see the Youth YOUnique Generation working with Basildon Academy to fund extra-curricular projects.

Snoopy explains, “We have two project leads for Upper and Lower Academies. In the agreement there are some very specific things that the forum has asked for; there needs to be at least 15 projects, approximately £600 each, to enable students and staff to find new ways of working and to utilise the £10,000 for non-statutory resources.”

“The Academies have got six months to spend it but it has to go on things they don’t currently have access to. So, they can’t spend it all on pens. It’s about whether two different departments can think of different ways of learning, for students to experience new ideas across different subjects, to provide resources for students that are otherwise unavailable. We’re encouraging both pupils and teachers to apply.”

One hopes that it will also encourage more local kids to get involved in the forum.

“We need to get the word out,” says Harrison, “We need to make people aware of what we’re doing. This is a tight community, everybody knows everybody here. But some of the young adults are not the most polite. There are some places where you’d let kids go to the park by themselves but you don’t do that here. Yes, I do feel safe because I’ve been brought up here and I know everyone. But I won’t let my little brother go to the shops. Age means nothing here.”

Ethan adds, “If somebody suddenly came to live in Pitsea there are a lot of things they need to learn about the area very quickly so they can understand how to deal with certain situations.” 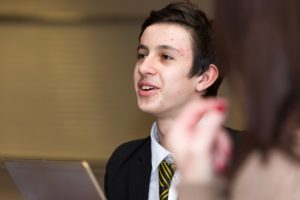 The youth forum meets every other Wednesday at the local leisure centre in Pitsea and follows two clubs – Little Monsters (for 5-10 year-olds) and Youth YOUnity (for 11-19 year-olds), both of which are supervised by Snoopy alongside Hayley Kemp and Laura Whitehead.

Hayley grew up in Pitsea and says, “This area had a bad reputation but that’s all it was. But then it got to a stage, and I think a lot of people feel this way, that Pitsea lost its spirit.

When I saw that the Big Local was called ‘Heart of Pitsea’ I thought ‘yeah, I can see what they’re doing, they’re trying to put some heart back into the community.’ You now see people coming in here every week, catching up, building up friendships. It’s amazing to see that change.

“I know the frustration of being a young person with nowhere to go. It’s very easy to get isolated because you might not have the resources financially to go out.”

Snoopy adds, “From our summer projects we know that families bring their kids along and from that those families forge friendships and now look after each other’s kids, when they previously didn’t know each other.”

If Big Local areas are to leave a legacy and create lasting change, then it’s essential that places like Pitsea, that have a younger demographic, find meaningful ways to work with teenagers.

Or, as Harrison puts it, “We know that if we can reach the younger kids then that’s how we’re going to make a long-term impact in Pitsea. We don’t do this for us. This is all to try and make it a better place, a better community.” 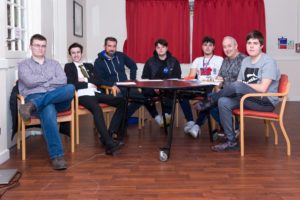 This piece was written by Ryan Herman, our journalist-at-large. If your Big Local has a story to share you can email Ryan.