After a year touring the country to tell the stories of Big Local, our first journalist-at-large Louise Tickle bids farewell and thanks the Big Local areas who hosted her, ahead of Ryan Herman taking up the position for the year ahead.

Fifty two weeks. Twenty seven Big Locals visited, six of them twice. Hours spent travelling… more than any other year of my life. Pasties eaten at service stations and railway cafes – certainly more than is good for me. Miles walked through the Cambridgeshire countryside on a bright December morning – twelve. Root vegetables gleaned from the mud of a Yorkshire field, guided by a top chef on a mission to change how we eat – an overflowing boxful that travelled back home to my kitchen. Incredible people encountered and their stories heard – uncountable, and unforgettable. 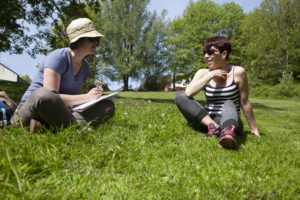 This is the end of my year as Local Trust’s first journalist-at-large. Appointing someone from the outside to travel around the country, meeting Big Local areas and having the freedom to write…. well, whatever it was that they, with an independent eye, thought was interesting about the project, was a pretty daring experiment on the part of Local Trust. What would the journalist choose to look at? What stories would they tell? What angle would they take? It was a risk – and a first for the voluntary sector in this country. So I’m chuffed to bits that that it’s been thought to have gone well enough to appoint another one. Ryan will be brilliant. He will be struck by different things to me as he travels around the country to meet the people who make Big Local so fascinating, and so dynamic, and that is the richness of the Journalist at Large idea, and the value that it brings.

What has struck me as I’ve travelled to every corner of England, from Sheppey to Northumberland, Plymouth to west Cumbria – is the degree of creative thinking that is being done in finding tailored solutions to local problems, and the bone-deep commitment of people who have immersed themselves in helping their communities through Big Local. Overwhelmingly, this is happening in areas of really severe disadvantage: places that have been comprehensively disinvested in by the rest of society, and some which are, truly “left behind”. It’s become obvious that in these parts of the country, the most vulnerable now depend on the resources of the people who live there – their neighbours. There is little trust in any state structure or authority, because for years, often decades, people have been serially let down. 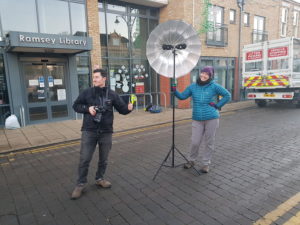 Writing about the efforts made by so many individuals, working together, to bolster their communities at a time of austerity that has literally killed people, has been both humbling and enraging. I’ve aimed to focus on the inventiveness, energy and resourcefulness that I’ve seen exercised by Big Local volunteers who range in age from teenagers to people in their late 70s and 80s. Some stories – of the rural Big Local which is campaigning to keep its local bus route so people don’t have to walk 12 miles to their local job centre or GP surgery, or the woman who has campaigned for free-to-use cash machines on her estate – have jumped out at me. Others have emerged more tentatively, through brief, almost incidental conversations with residents when I’ve visited, and I’ve spied a beautiful sparkly nugget of a story and followed up – watch out for the Mermaid of Plymouth Hoe when my essay is published next year. I think you’ll love her.

Some inspirational stories haven’t been able to be told. They have either been too sensitive, or it hasn’t been the right time for the person involved to speak out, or, painfully, some communities have worked with the media before and been too hurt by the experience to try again.  Maybe one day these stories can be told – whether they are or not makes no difference to the courage displayed people involved who are attempting risky things in difficult and arguably dangerous times.

It has been a huge privilege to be Local Trust’s Journalist at Large. I will follow Ryan’s writing with fascination. Thank you to everyone I’ve met for the welcome when I’ve pitched up and you’ve given so much of your time to explain the work you’re doing and the ambitions you have without dressing up the problems or hiding the strains.

What has struck me most about this year is the incontrovertible fact that people are brilliant, and they care, and they try extraordinarily hard to make life better for their friends and neighbours.

I think I’m saying is that what has struck me most is the hope.