A year telling the story of community

As Ryan Herman’s tenure as journalist-at-large for Local Trust comes to an end, we hear about what the experience has meant for him and how his ties with the Big Local programme will continue beyond his role as it’s primary storyteller.

It was on a trip to Little Hulton with Local Trust CEO Matt Leach that we talked about the impact COVID-19 could have both on Big Local communities and our own lives.

We become so engrossed in this conversation that we got on the wrong train from Manchester Piccadilly and it took 20 minutes to realise we were heading in the opposite direction. That was back on March 6, but seems like a distant memory.

Oh to be on a train again travelling in the right direction this time to another Big Local area, to a part of the country I’ve never visited before, to see people I’ve never met, to pay £2.39 for a pint (take a bow, Barrow Island) and to have only a loose idea about what sort of story will emerge.

Big Local partnerships stepped in and stepped up when other support services didn’t have the resources or capacity.”

Instead, much of this year was spent on the phone or on Zoom calls. But even though I still much prefer an actual coffee morning to a virtual one, I got to speak to far more people in Big Local areas than I may have otherwise planned. I wanted to get a picture of what was happening in communities across the country through the early weeks of lockdown.

My abiding memory from all those conversations was of watching one story being told on TV, which inevitably focused on rising case numbers and fatalities, – there’s that famous old saying in television that ‘if it bleeds, it leads’ –  but listening to a different story that was coming out of Big Local areas.

There was this extraordinary sense of optimism in the face of tragedy, years of experience as community leaders came to the fore. Big Local partnerships stepped in and stepped up when other support services simply didn’t have the resources or capacity.

Perhaps it was Trisha Bennett from Whitley Big Local in South Reading who put it best when she said to me, “We don’t see it as ‘volunteering’, it’s a way of life. There are a lot of us who don’t know any different. We don’t do it to get brownie points.”

The journalist-at-large position is a uniquely brilliant and fulfilling role.”

The very nature of lockdown, or at least our version of it, meant many people were only viewing the pandemic through their own personal experience.

Those conversations also revealed a crisis that was happening behind closed doors. It was brought home by Sue Merriman from Brereton Million who spoke of elderly people that were terrified, living on their own, and were running out of food until volunteers started delivering emergency supplies. 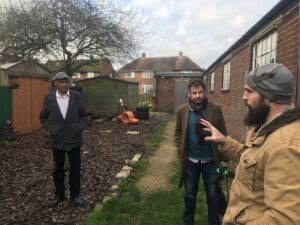 I also saw how COVID-19 gave Big Local partnerships a new sense of focus and urgency.

In the summer I visited tenants in East London who had become members of PEACH Big Local. I visited a family living in slum conditions through lockdown, with the property costing £1,000 a month in rent. And no, I didn’t add an extra zero by mistake.

PEACH successfully campaigned for that family to be moved to a new property, protected hundreds of tenants from the possible threat of eviction, and secured 60% reductions in rent.

As the year progressed, I consciously wanted to focus on stories that demonstrated how Big Local areas were thinking about life beyond the crisis and what sort of legacy they plan to leave when the programme ends in 2026.

The journalist-at-large position is a uniquely brilliant and fulfilling role. Every day, as they say, is a school day, as it has also been the most amazing education.

Above all, I hope more people will see the value in a resident-led approach to rebuilding communities.”

You speak to people who are passionate about their communities and have genuinely made a difference to peoples’ lives through their tireless commitment.

Plus, you get to write life-affirming stories like the one where we featured Zoe Cadman, the chair of Rudheath and Witton Together in Cheshire. 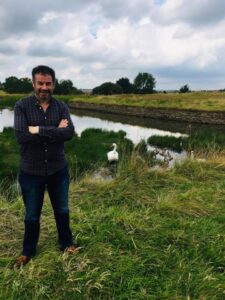 Getting involved with Rudheath and Witton Together not only changed her life and gave her a new sense of direction and purpose but also had a profound and positive effect on parent carers in her community.

I hope that the projects and stories which had to be put on hold because of coronavirus will come to fruition. That Thurnscoe will build its Community Plaza, Little Hulton will open its BMX track, 3 Together will take over a disused golf course and rewild it.

What will make this role uniquely fascinating for my successor is the role Big Local areas could play in revitalising communities that are most likely to be worst affected by the economic fallout of the pandemic. Above all, I hope more people will see the value in a resident-led approach to rebuilding communities. 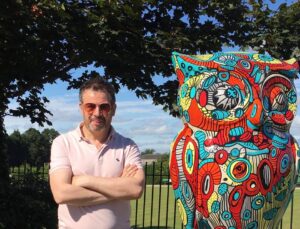 Meanwhile, I will continue working with Big Local through a new community journalism project in W12 Together in White City, an ongoing report on Universal Basic Income and an essay will appear sometime in the Spring on how the pandemic has influenced community action.

None of that would have happened without being the journalist-at-large.

Looking back over the past year, there has only ever really been one downside to the job, which is that all good things must come to an end.