A shake-up to national and neighbourhood planning

Rob Day, policy and parliamentary officer at Local Trust, sets out what happened when Big Local residents, developers and policymakers came together to discuss what the government’s new planning white paper might mean for communities.

In August the government published its new white paper, Planning for the future. This contained radical proposals designed to completely transform the planning system in Britain.

Under the current system, it usually takes around seven years to develop a ‘local plan’ – the main document used by local authorities to set out how they will change their area over the medium term. The paper aims to speed up this process to just 30 months. As part of the new process, local authorities will have to designate areas as either ‘growth’, ‘renewal’ or ‘protected’ zones, with broad rules applying to each category. In addition, the proposals are looking to maintain and expand the mechanisms for developing a neighbourhood plan and they will be introducing a new infrastructure levy.

Given the implications that this is likely to have for residents across the country, Local Trust brought together residents from across Big Local, along with representatives from the planning industry, to discuss these new proposals in greater detail. We were then joined by several government officials and influential thinkers who answered questions and set out the next steps of the process.

Throughout the event, residents and developers alike raised several concerns about the white paper that need to be answered if the proposed changes are genuinely going to embolden local democracy and work for local people.

Community engagement must be meaningful and continuous

The white paper states that the government wants to develop a “best in class” process for genuine community engagement, ensuring “local democracy at the heart of the [planning] process”. The proposed processes for community engagement are a mandatory six-month community consultation process during the planning stage of Local Plan development, and the proliferation of neighbourhood planning.

Attendees were concerned that focusing solely on engagement at the planning stage misses out on the local knowledge of community groups and residents, while neighbourhood plans were seen as time-consuming and complex. 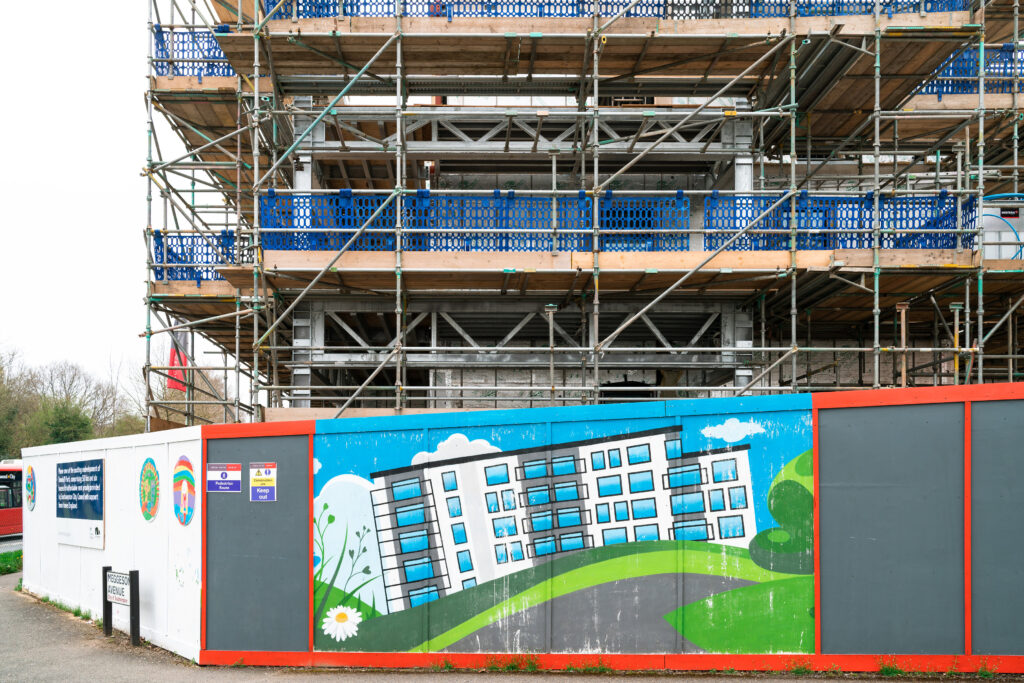 Participants pointed out that residents often find it easiest to engage with what is in front of them, rather than in top-level strategic planning. Many pointed out that providing residents with the opportunity to engage across the lifecycle of a project would play to the strengths of local people and allow more residents to get involved, benefitting councils and developers alike. The local knowledge held by residents is often vital for understanding how development will work in practice and overcoming previously unforeseen problems on the ground.

In addition, the lack of neighbourhood plans nation-wide emphasises the challenges that expanding the scheme faces; the white paper does not currently offer any way around this. It was also highlighted that many of the areas that have developed neighbourhood plans often rely on the usual suspects – those that are familiar with bureaucratic planning processes. It was argued that neighbourhood plans in their current forms are not good mechanisms for ensuring genuine community engagement.

Several Big Local residents argued that they simply did not have the time to engage in the process of developing a neighbourhood plan while also driving other projects, supporting family and working.

Unless more comprehensive methods of community engagement are developed, participants felt that these changes might exclude some communities and ultimately undermine trust in the planning system.

One of the biggest challenges that participants noted was a lack of capacity to engage with the planning system at all.

Several Big Local residents argued that they simply did not have the time to engage in the process of developing a neighbourhood plan while also driving other projects, supporting family and working.

This issue will be particularly prevalent in more deprived communities that lack the social capital, connections and understanding of the system that Big Local partnerships have built up over the last eight years. There is likely to be significantly less capacity to either develop a neighbourhood plan or even to engage with the council to feed into the Local Plan. Furthermore, many areas lack the civic infrastructure necessary to come together as a community and talk about their preferences. 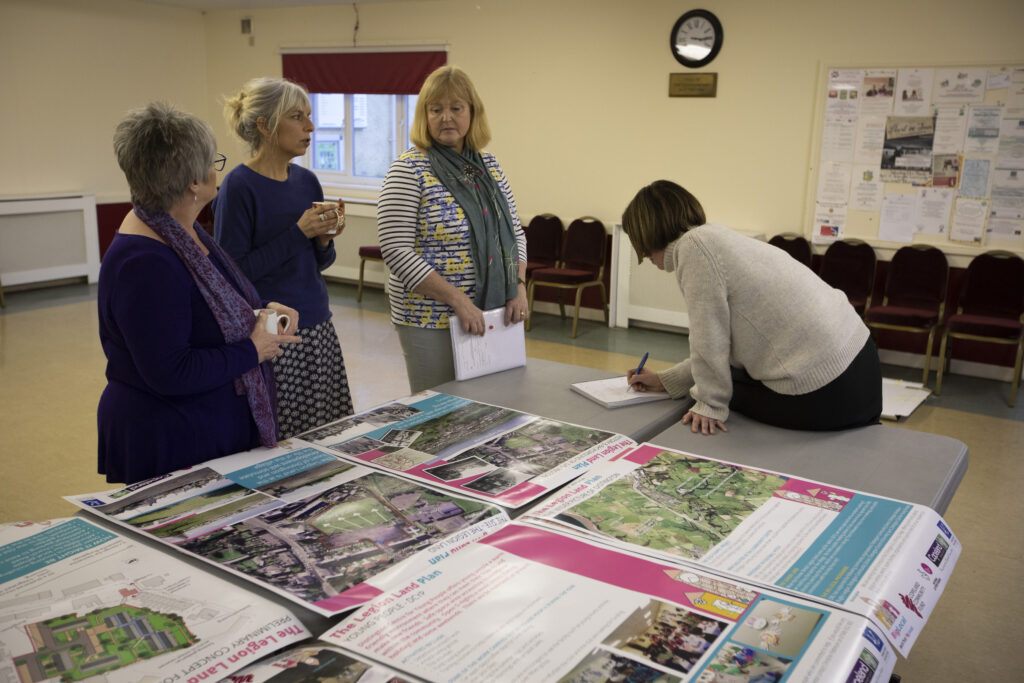 Journalist-at-large Louise Tickle interviewing members of the community in Distington, Cumbria, responsible for the proposed development of dementia-friendly housing led by Big Local, pictured inspecting the plans for the site of the former British Legion club in the village where the houses would be built.

Government plans to digitise the planning system, rather an increasing accessibility for residents, are actually likely to decrease accessibility for many. COVID-19 has shown the levels of digital exclusion that are evident across the UK, particularly in those communities that are most deprived and isolated. Moving planning online would remove the opportunity that these communities have of feeding into decisions in their areas.

Participants and officials alike agreed that, in order to ensure the views of all residents are heard, there will need to be investment made in building community capacity to ensure everyone can participate in decision-making. It was suggested that this would require significant investment in social infrastructure, providing residents with the space to come together to make decisions; greater funding for planning authorities to engage communities; and developing a hybrid system that would allow for both digital and face-to-face interaction.

Where does agency lie?

Officials were keen to note that local authorities would have decision-making power over local plans. However, participants argued that local-authority control does not mean local people have influence, and that they deserved greater agency over what was taking place in their community.

There were several inherent contradictions in the white paper that could disempower and disenfranchise local people. It was not clear whether a neighbourhood plan would be taken into account if a specific area had been designated a ‘growth zone’ – or, indeed, whether communities had any say over what happened in an area that had been designated a ‘growth’ or ‘renewal’ zone. Would developers have ‘free reign’ over an area, even if the community did not want them there? If it takes a community longer than 30 months to devise a neighbourhood plan, will there be any way for it to influence decisions in the area? And finally, what happens to local authorities and neighbourhoods that have spent years developing plans under the current system? Will they have to be redeveloped?

If these issues and contradictions are not sorted out before the implementation of the white paper, the government risks further complicating the development process and alienating local people.

Housing was repeatedly touched upon as a vital issue that concerned residents in every community across the country. Many were sceptical of the notion of affordable housing, which they felt was often a buzzword for gentrification. It was argued that the government should make specific provision in the new planning system for social and community-led housing, with priorities set by residents in each neighbourhood rather than policymakers. This should be a separate part of the planning system, outside of local authority control.

Based on the discussions at the event, Local Trust will begin to formulate our response to this white paper. We are privileged to have access to the knowledge and expertise of residents across the Big Local programme and will ensure that all voices are heard. Residents must be at the heart of all efforts to plan for the future.

If you were unable to make the event on 29 September but have a particular issue or comment that you would like to raise with regards to the white paper, please contact Rob Day at Rob.Day@localtrust.org.uk.