Left behind? Understanding communities on the edge 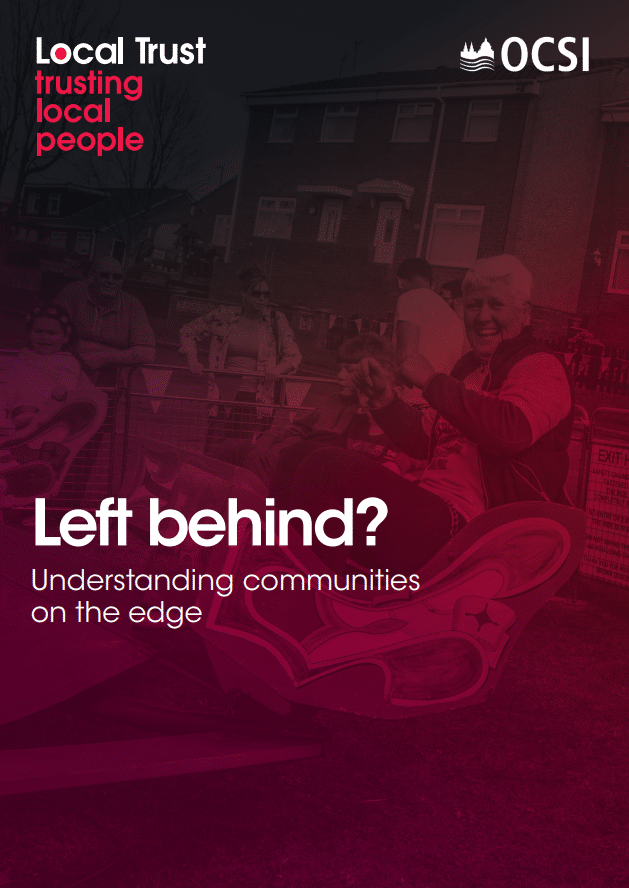 Research published by Local Trust and Oxford Consultants for Social Inclusion (OCSI) suggests that places to meet, connectivity – both physical and digital – and an active, engaged community are vital to secure better social and economic outcomes for people living in deprived neighbourhoods.

People in places which lack these features have higher rates of unemployment and child poverty, and their health is also worse than those living in other deprived areas. And the evidence is that they are falling further behind. The report argues that this adds up to these areas being some of the most left behind in the country.

It supports the case for new solutions to ‘level up’ civic infrastructure (such as community centres, libraries, green spaces) and improve connectivity and community engagement. It asks government to answer the call of the Community Wealth Fund Alliance for the next wave of dormant assets from stocks, shares, bonds, insurance and pension funds to be invested in left-behind neighbourhoods for this purpose.

The report also asks government to establish a joint cross-government/civil society task force to consider evidence and develop recommendations to improve social and economic outcomes for people in left-behind areas, and to allocate an appropriate proportion of the £3.6bn Stronger Towns Fund and the proposed UK Shared Prosperity Fund to them.

The research combines multiple national data sources to create a statistically-robust Community Needs Index (CNI) for the first time, helping policy makers target investment in social infrastructure. Each of the ‘left behind’ neighbourhoods is ranked within the top 10% of both the Index of Multiple Deprivation (IMD) and the CNI, prior to COVID-19. New data following the IMD update in 2019 shows the number of areas in England falling into this bracket increasing from 206 to 225.

Where are ‘left behind’ areas?

The 2019 research identifies 206 wards as left behind. They have a combined population of more than 2 million people, which is nearly 4% of people in England. Mapping shows concentrations of left-behind areas in housing estates outlying big towns and cities, such Greater Manchester, Merseyside, Birmingham, Middlesbrough, Hull and Stoke, as well as in post-industrial areas in northern England and coastal areas in southern England.

These left-behind areas have a different demographic profile from other deprived areas, with a lower working-age population, a higher number of people with work-limiting illnesses, higher levels of lone-parent families and caring responsibilities, and lower population growth than elsewhere in the country.

On the term ‘left behind’

We do not use it to imply that the areas so described lack people with skills and commitment or a rich heritage. We know from our experience of the Big Local programme that the reverse is generally the case. However, they have tended not to receive a fair share of the investment available and therefore lack the services and facilities that many of us take for granted. It is these services and facilities that help to connect people in a community and bind them
together. It is in this sense that they are left behind. 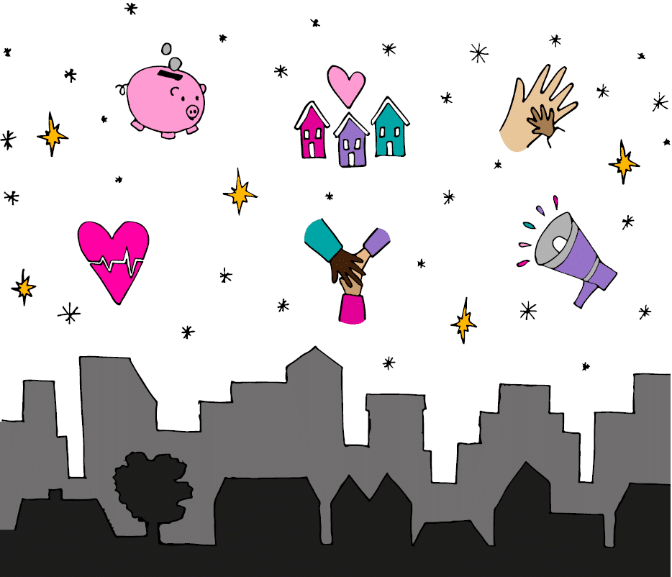 Organising and deciding Power and leadership
Community power: the evidence

Moving towards a community-led system of public services 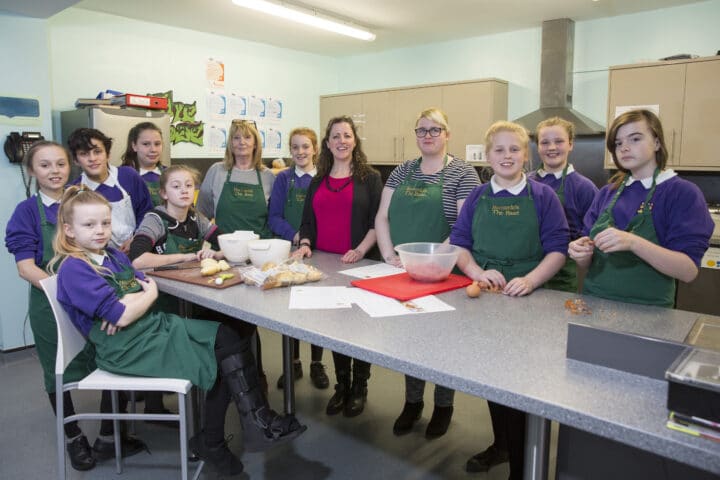 Power and leadership Spaces and services
Towards resilience: Addressing inequalities in education

How can communities help to build a stronger education system?

Literature review exploring the relationship between communities and local authorities