14 communities across England are set to transform their local areas as part of the £4million new Creative Civic Change programme, launching from today 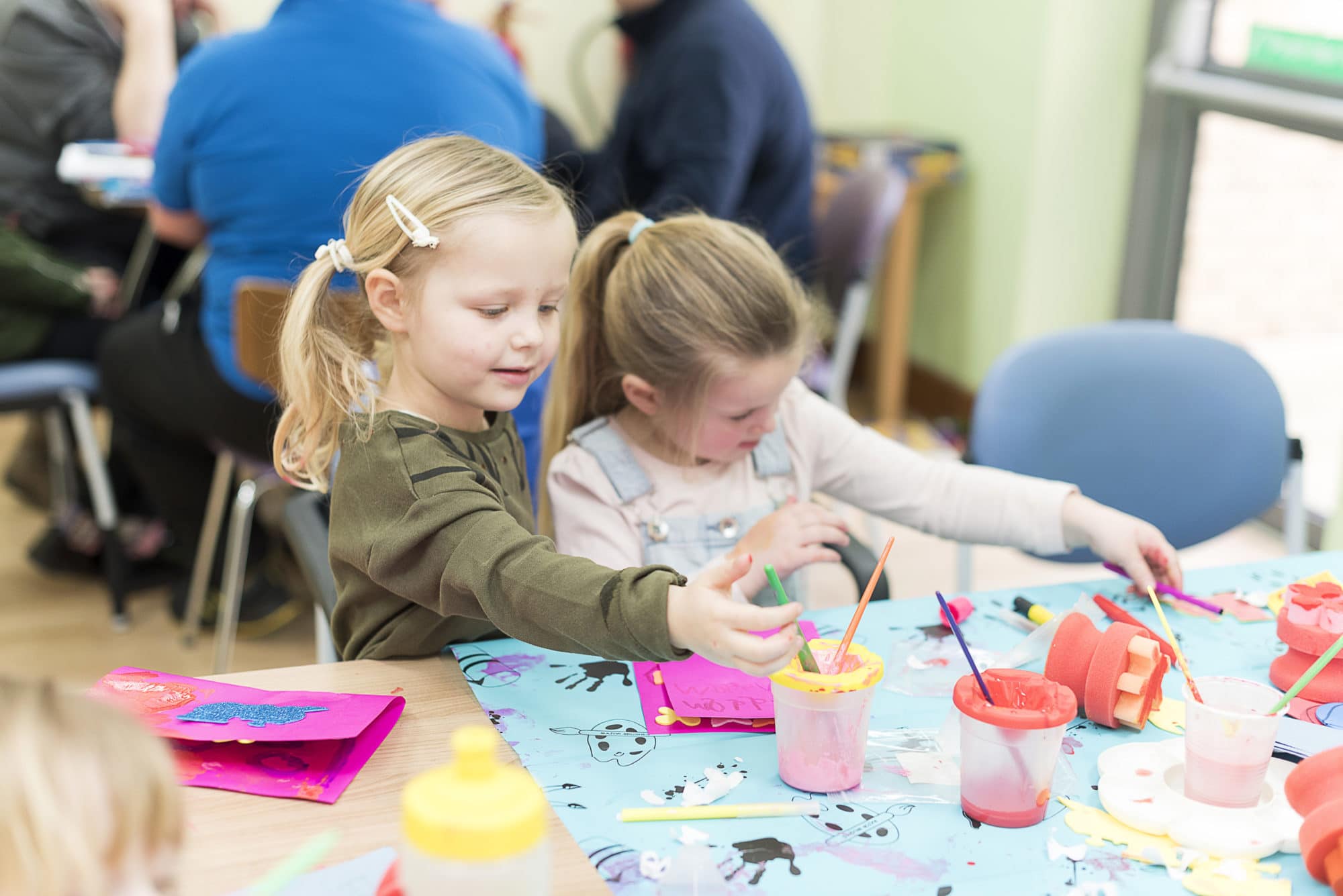 Two young girls discover their creativity at an arts and crafts event in their local community centre. In the background their parents and carers are taking part in a coffee morning which aims to build neighbourliness and trust.

Over the next three years, these communities will take the lead and use creativity to generate meaningful civic change in their area.

With funding of up to £200,000 for each community, as well as a substantial programme of support including advice and mentoring, Creative Civic Change will help every area make social, economic or environmental changes that matter to them locally. Whatever the local priorities, from addressing loneliness and isolation to bringing together disengaged young people, this programme will help communities to thrive by responding in creative ways.

Local people in the 14 areas across England – from Grimsby to Plymouth and Liverpool to London – will this week launch their projects, with local residents taking control and using their strong appetite for creativity to achieve their vision for their area.

Funded by The National Lottery Community Fund, the Calouste Gulbenkian Foundation, Esmée Fairbairn Foundation and Local Trust the Creative Civic Change, the initiative is a shared desire to create a deeper knowledge and understanding of what community-led cultural activity looks like in action. Communities already using the arts and creativity to address social need in their local area were selected to take part in the programme.

Two of the projects to receive funding and being launched this week are Nudge Community Builders, based in Stonehouse, Plymouth, and Remake, based in Grimsby.

Nudge Community Builders will use their grant to run pop-up activities, music and workshops. They want to transform neglected public spaces, by giving them “a little nudge”, and plan to encourage local businesses and artists to collaborate on how to tackle issues such as rubbish and anti-social behaviour. To celebrate their launch they are taking over two empty buildings to showcase local artwork and have after school activities for residents in Stonehouse to enjoy.

REMAKe, will use their grant to run four big celebratory events that will showcase local artists, crafters and makers. The group will build local networks through taster courses and creative visits focusing on arts and crafts, performing arts, words and multimedia. They will celebrate their launch with a parade of singing and dancing, followed by a ‘village fete’ area specially constructed in the market, and culminating in a festival event.

The Creative Civic Change programme will not only support people and communities to shape the places they live through creative methods, but will also explore how long term, resident led, place based arts funding can enable communities to grow and develop at their own speed without imposing strict reporting or targets.

It will also give communities and arts and cultural organisations an opportunity to work in partnership, and help arts and community sectors, particularly funders in these sectors, to learn from a grass-roots approach to community arts projects.

Sarah Benioff, Director of England at The National Lottery Community Fund, said: “People are at the heart of what we do and we believe it is important for them to get involved, have their say and make the changes they want to see. It’s thanks to National Lottery players and this partnership, the Creative Civic Change programme is building stronger networks within communities, whilst bringing them together to tackle issues that are not only affecting them individually, but collectively as a whole.”

Billy Dasein, REMAKe (Revolutionary East Marsh Arts Kollective), said: “The great thing about Creative Civic Change is that it’s not bureaucratic and it’s not about targets, tick-boxes, or outcomes. It’s very human and understands that all humans have it in them to be creative. We’re there to create a climate where people feel love and trust within which to work, and fail, and try again. People can become something that they never knew they could.”

Creative Civic Change is being launched in response to the Inquiry into the Civic Role of the Arts Organisations (1) with the aims of exploring a new approach to funding community-driven projects and share experience and learning to inspire others to use the arts and creativity to make positive local change.

The organisations backing it share the belief that creativity can be harnessed to engage, inspire and mobilise communities, and showcase the difference individuals can make as they develop collectively as a whole. 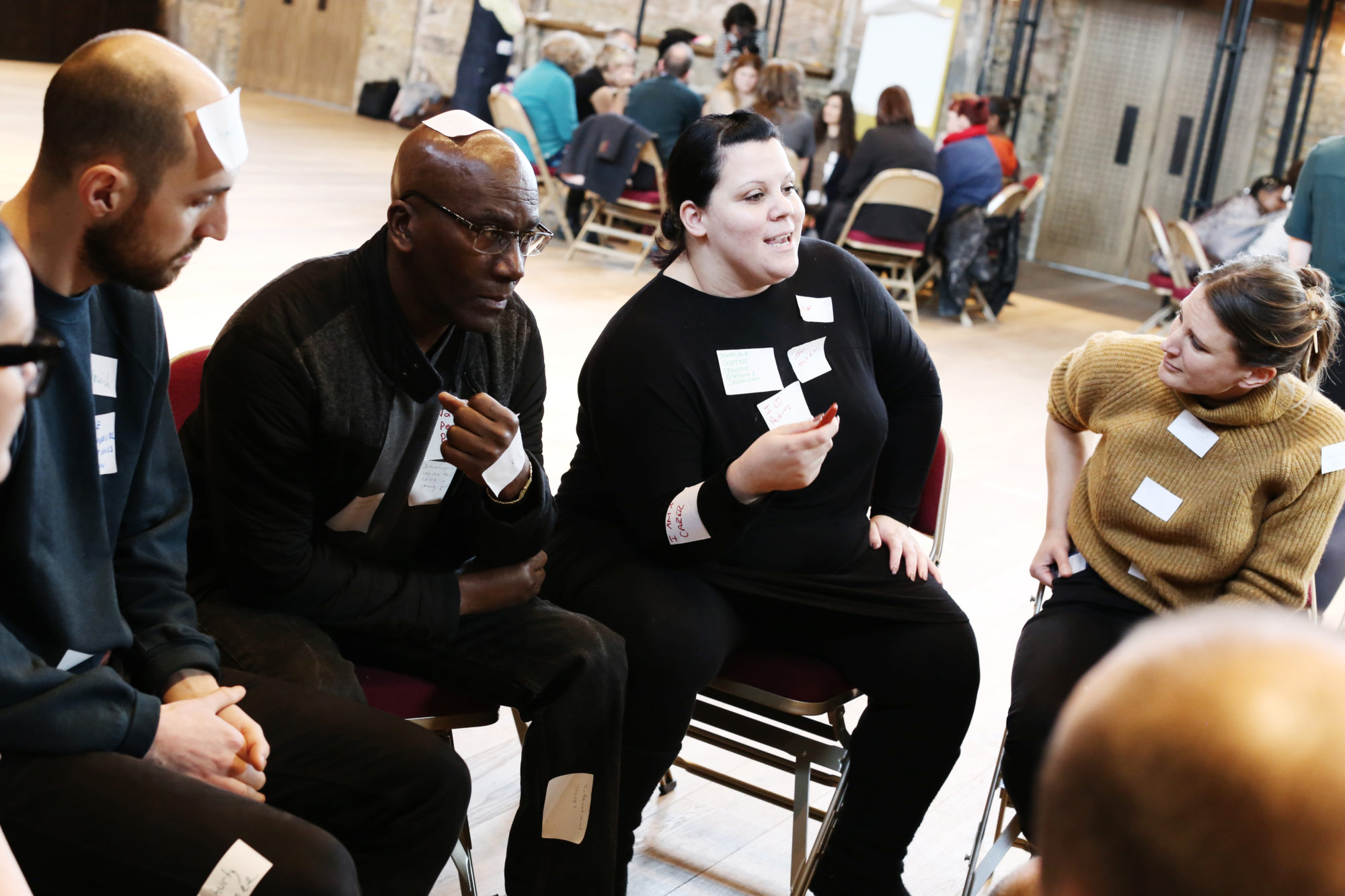 1 – Civic Role of the Arts Organisations – The Inquiry seeks to increase awareness of the civic role that arts organisations play, or could play, nationally and in their communities. Through research and consultation we want to develop understanding of what constitutes ‘next practice’ and create a movement of organisations committed to demonstrating it.

3 – More information about the programme is available here

The National Lottery Community Fund, the Calouste Gulbenkian Foundation (UK Branch) and Local Trust are working in partnership with up to 10 communities to deliver Creative Civic Change in 2018-19. The partnership will support communities to lead arts and creative projects that realise their own visions for their areas. The organisations share the belief that arts and creativity can be harnessed to engage, inspire and mobilise communities, and together they want to showcase the difference creativity and imagination can make, particularly in places which are often depicted negatively.

The National Lottery Community Fund are the largest community funder in the UK – we’re proud to award money raised by National Lottery players to communities across England, Scotland, Wales and Northern Ireland. Since June 2004, we have made over 200,000 grants and awarded over £9 billion to projects that have benefited millions of people. We are passionate about funding great ideas that matter to communities and make a difference to people’s lives. At the heart of everything we do is the belief that when people are in the lead, communities thrive. Thanks to the support of National Lottery players, our funding is open to everyone. We’re privileged to be able to work with the smallest of local groups right up to UK-wide charities, enabling people and communities to bring their ambitions to life.

The Calouste Gulbenkian Foundation is an international charitable foundation with cultural, educational, social and scientific interests, based in Lisbon with offices in London and Paris. The purpose of the UK Branch in London is to bring about long-term improvements in wellbeing, particularly for the most vulnerable, by creating connections across boundaries (national borders, communities, disciplines and sectors) which deliver social, cultural and environmental value. The Creative Civic Change partnership is being supported as part of the UK Branch’s Inquiry into the Civic Role of Arts Organisations.

Local Trust was established in 2012 to deliver Big Local, a unique programme that puts residents across the country in control of decisions about their own lives and neighbourhoods. Funded by a £217m endowment from The National Lottery Community Fund – the largest ever single commitment of lottery funds – it provides in excess of £1m of long-term funding over 10-15 years to each of 150 local communities, many of which face major social and economic challenges but have missed out in the past from accessing their fair share of statutory and lottery funds in the past.

Esmée Fairbairn Foundation aims to improve the quality of life for people and communities throughout the UK both now and in the future. We do this by funding the charitable work of organisations who are building an inclusive, creative and sustainable society. The Foundation is one of the largest independent grant-makers in the UK. In 2018 we made grants of £40.5 million towards a wide range of work within the arts, children and young people, sustainable food, the environment and social change. We also have a £45 million allocation to social investments for organisations with the aim of creating social impact.